After two months of training and adapting to this wonderful country, the trainees of Group 46 were finally sworn in as Peace Corps Volunteers on October 19, 2017.

I couldn’t believe that the day had finally come. I had gotten so used to being in training, and so used to being around the other trainees and staff all day every day. It’s a big transition to finally move to site and be on our own in the different communities and places all over Namibia! 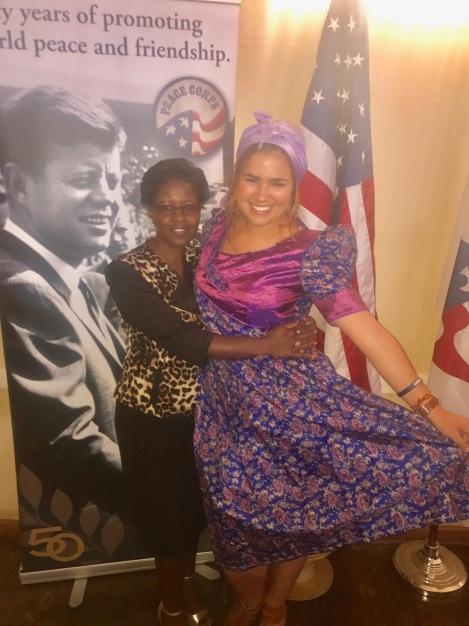 The ceremony wasn’t a long one, but still super special. We had words of welcome from our training manager, and our Country Director. The US Ambassador couldn’t be there, so the Deputy Chief of Mission took his place and lead us in the oath. I cried, because I was so proud of myself for getting this far. We then had a keynote address given by the Minister of Education, Arts, and Culture.

With the Minister of Education!

Two volunteers from our newly sworn-in group gave a speech and led us in the Peace Corps Pledge, which also brought tears to my eyes. Our program manager then gave thanks to everyone who helped to make this whole thing possible and had each language group stand and say “thank you” in the languages we have been learning.

After the thanks, our group sang for the audience two songs: “Tula” and “Muhona”, and then we had an extra one, “Ohana Kameme” added after Kaekoo, our training manager, asked me to start singing it as we were walking back to our seats. Everyone enjoyed it and I thought we all sounded really good! 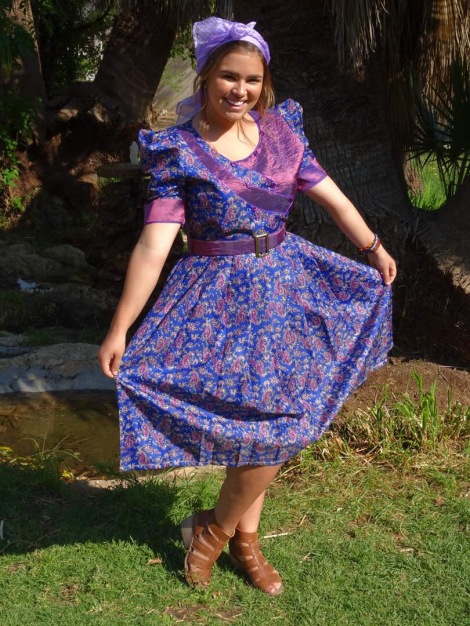 It then became a blur of taking pictures and saying goodbye to each other, since several people had to leave that day since their sites were close to Okahandja, or at least no more than four or five hours away. My region could have left then, but our supervisors decided not to leave until Friday in order to give us extra time to pack and say goodbye to our host families.

I owe a lot to so many people for getting this far. I am grateful for all of the support I have been shown for the past two months and I am excited to start my journey as a Peace Corps Volunteer. 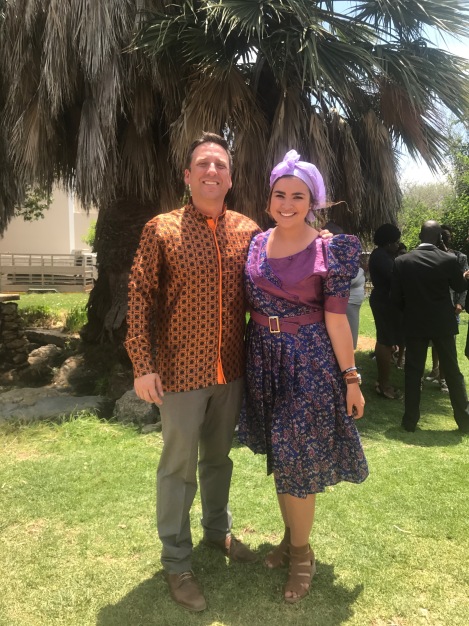 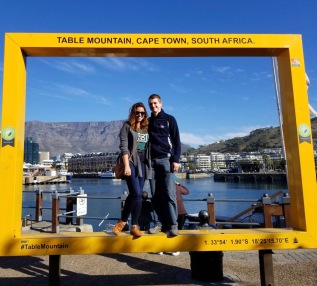 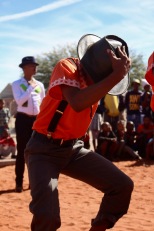 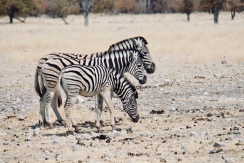 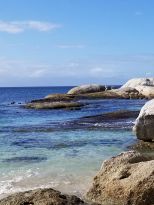 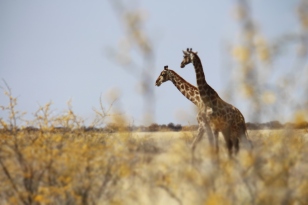 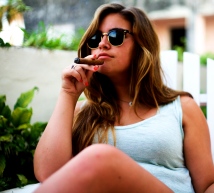 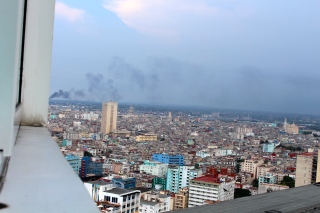 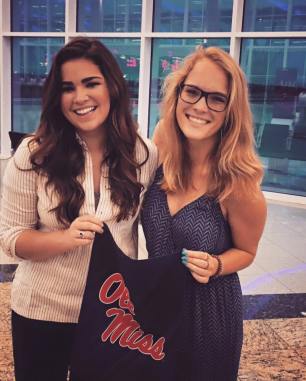 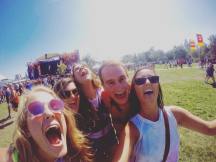 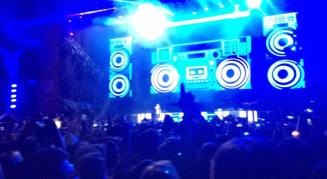